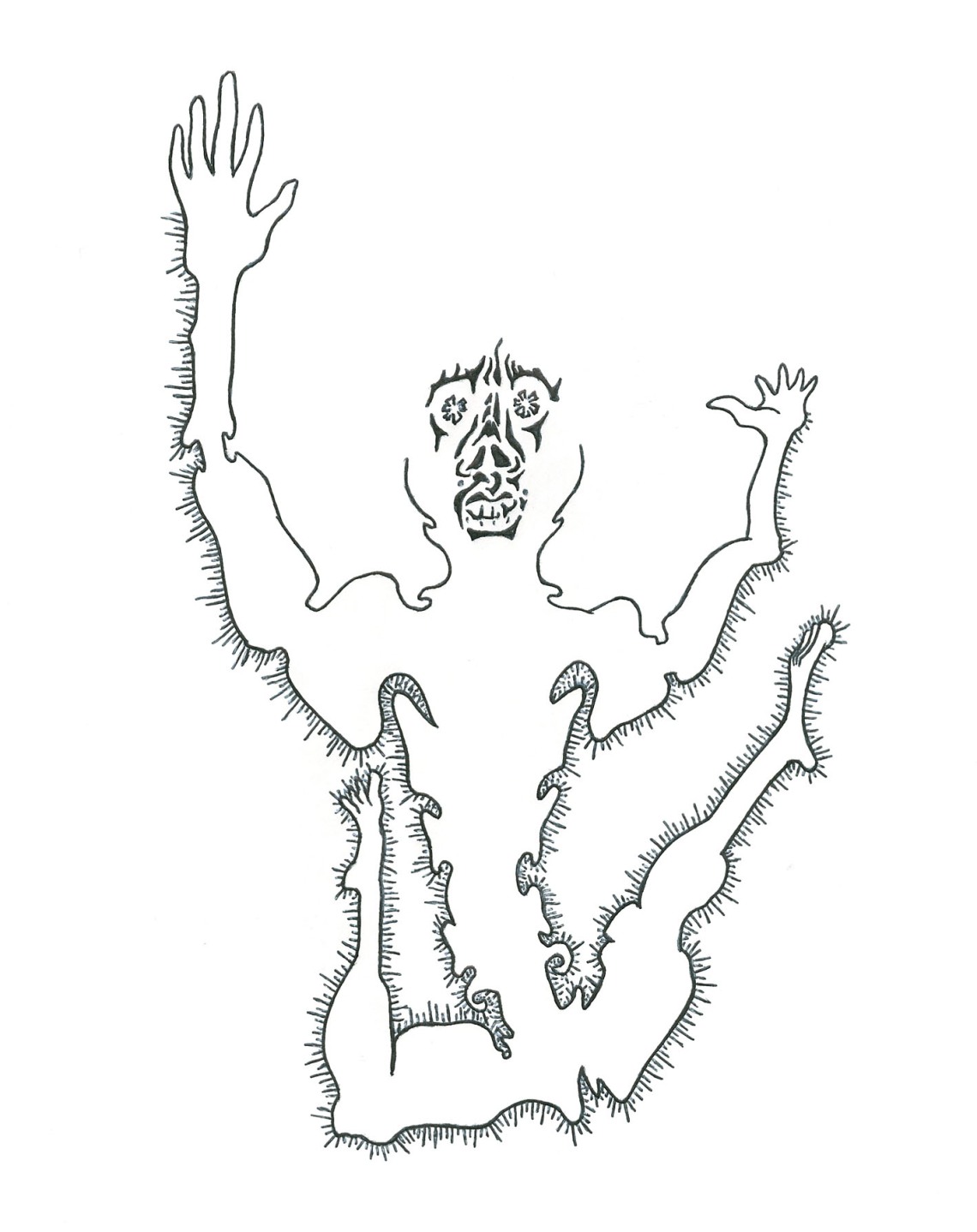 With time I’ve gained perspective and realize that she would have been there for me if only I could have opened up.  Instead, distracted, I ignored her and everyone in going into myself, a rodent obsessed with finding the eternal cheese of perpetuity in a maze that is fractal and therefore endless.  Now I recoil at the knowledge I lusted after and allowed to consume me to near extinguishment.

Alone, aghast, I exist only in the present now, a condensed bubble in a heavy sea, tethers atrophied and anchors cut away, released to a societal Brownian motion.  Living strange dreams that aren’t dreams but something more visceral.  Convoluted possibilities.

Would I do the things that led me here the same way if given another chance?  The answer is no, which makes me a different person now.  How many people have I been?  The long-held notion of the self as continuous, as an unbroken line across time from birth to eventual death, has been shattered.  Our bodies are not static anchors; memories are lost and the past gradually falls apart.

I have shed successive selves.  Entered new phases as cleanly as birth.  This body has been used by a progression of others for decades, related to each other only in that they’ve shared the same central nervous system.  I feel only remotely connected to whoever inhabited this body mere years ago.

I believe that I am passenger number 7 in this body.

The selves undergo important discoveries.  There are the sexual growth spurts, like the first time a mysterious fluid was expelled in excited pants after a make-out session.  I didn’t know a goddamned thing walking around that party with a badge of honor up near the belt.

A further self discovered more from the fluid body of an older woman, mother-well of female wisdom.  She had known the sensual deeply, was she willing to share this arcane knowledge?  She wasn’t, and my juvenile form could not have handled such emotional depths.  But it got me to thinking.

I’ve caught up to myself.  Thoughts written down years ago make only rough sense when I read them now (the scrawlings of Passenger 5 partially understood by Passenger 7).  I pore over these notes, making notes on top of notes in attempting to link events or patterns of events in order to solve the puzzle.

Will my present form, this configuration of cells and tissues and thought, follow a previously mapped course to where it seems to point?  And as I gradually regenerate yet again, who will I pass the bar to?

I can only be sure of one thing: that I’m at this place, in my present situation, because my prior selves willed it.  The path leading here was taken by those answering to a certain name, the name I answer to now.  They ran at time’s pace in sequence, gave their best efforts, and forwarded their momentum on to me.  The bar has been passed in this relay.  I’m holding it, looking at it, but what’s the finish line?