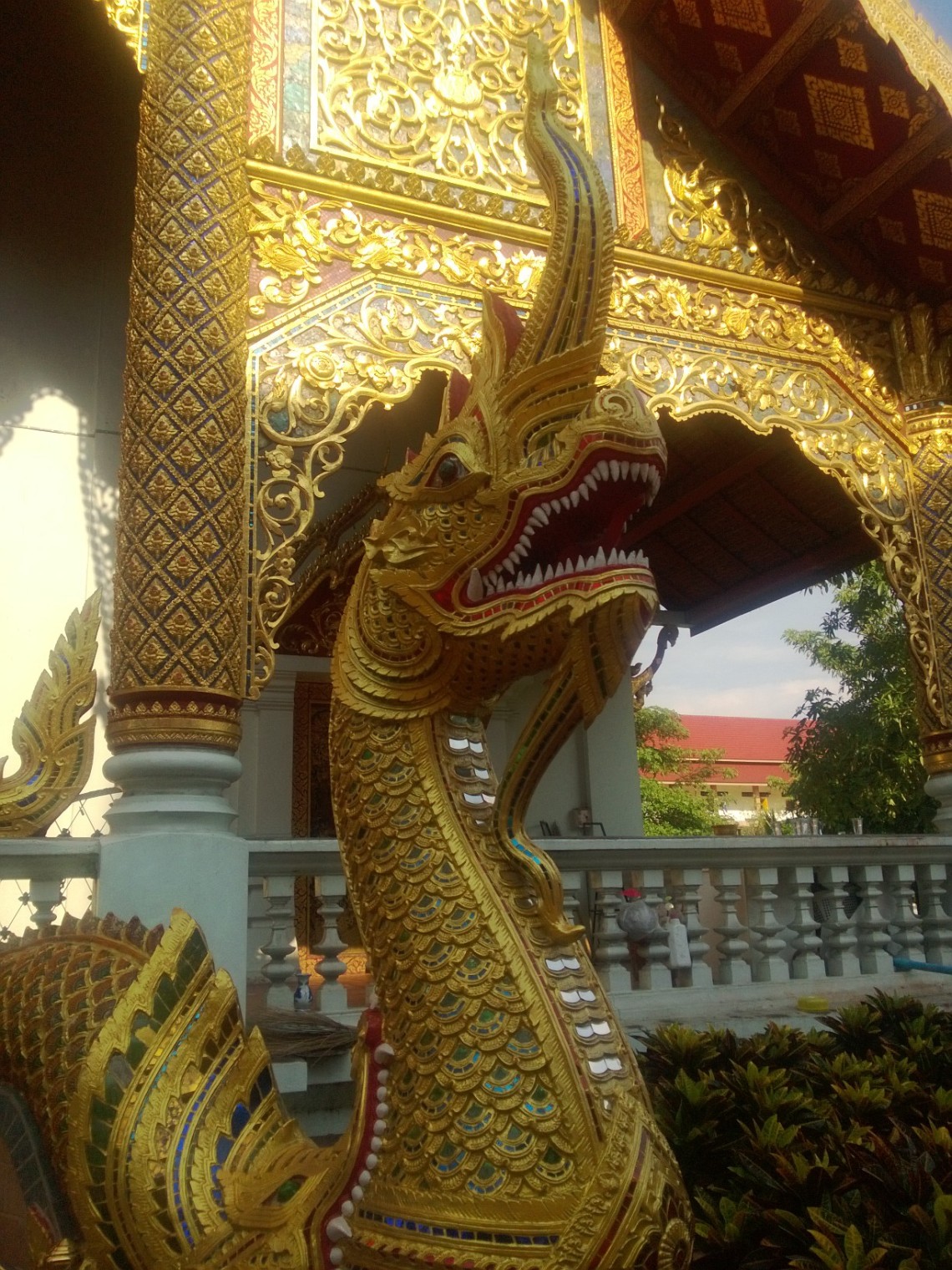 Nāgas are a class of serpent beings or minor deities in Hindu and Buddhist cosmology.  They take the form of massive, often multi-headed snakes with human features.  Nāgas are said to reside in Pātāla, the seventh of the nether-dimensions, and are associated with the underworld, caverns, rivers and other water bodies.  They are believed to possess the ability to change into human form.

In many temples they are architecturally rendered slithering down the front steps of the main entrance, providing protection.  These photos are from temples in Thailand and Laos.

Nāgas are part of a shared serpent mythology that extends to the dragons of both Chinese and European lore.  There also appears to be a parallel with the cosmic serpents described in the shamanic ecology of the Amazon river basin.  Visions of serpent deities are enabled by the shaman’s use of ayahuasca, and depicted in art and religious iconography. 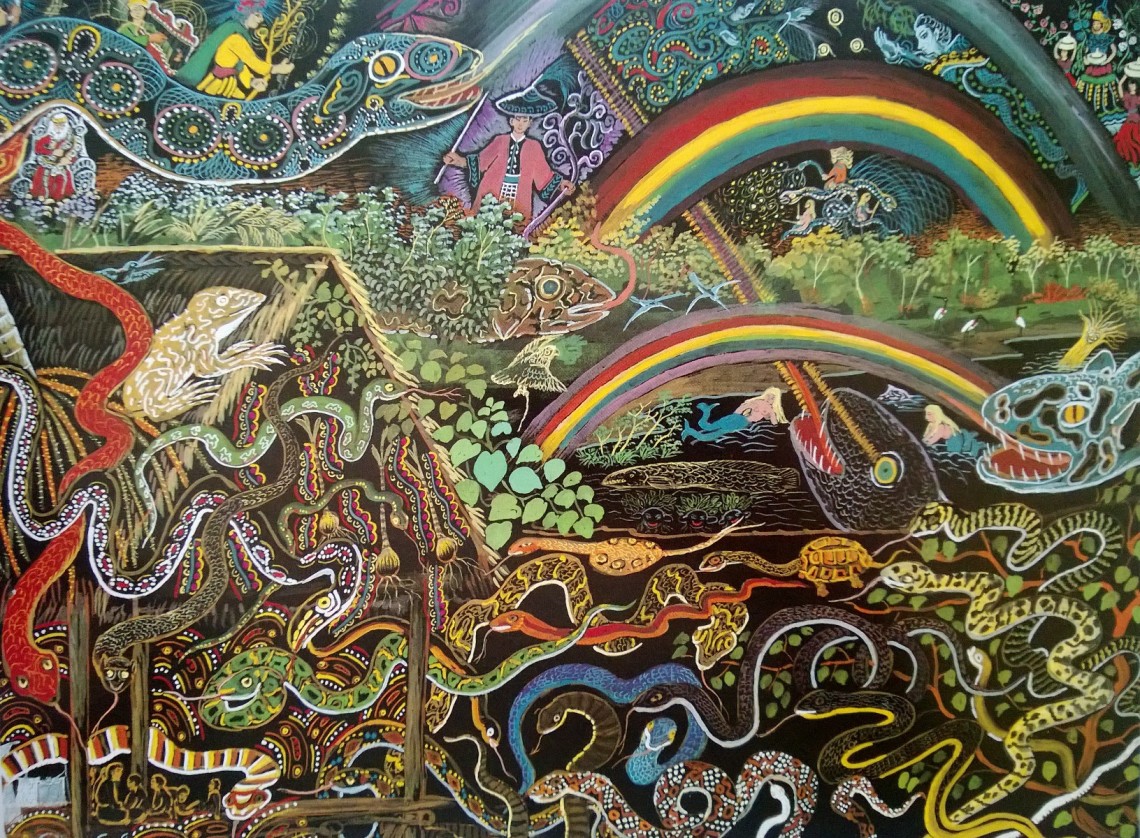 Yet another connection can be drawn with the reptiloids of recent UFOlogy and conspiracy lore.  In Cambodian legend, the nāga were thought to be a reptilian race of beings who had a large empire in or near the Pacific Ocean.  Could this belief be related to stories of shape-shifting reptilian aliens from the Alpha Draconis star system?

Serpent deities appear to be metaphysical creatures conserved across cultures, beings of influence and portent that, it can be imagined, have made their presence known among many peoples.

Leave a Reply to J B Willey Cancel reply